Romain Grosjean is under contract with Andretti for 2023 © Indycar Media

The American team sadly illustrated itself in July with the tensions between its pilots which spilled over onto the track, in particular in Mid-Ohio, where a crisis meeting was organized just after the race to calm overheated spirits, in particular those by Romain Grosjean and Alexandre Rossi. The two men will not find themselves in the same team in 2023 since it is already recorded that the American, recent winner of the Gallagher Grand Prix in Indianapolis, will drive for Arrow McLaren SP.

Romain Grosjean, meanwhile, is under contract until the end of 2023 with the Andretti team, ensuring him an additional season in the league. Colton Herta is also tied until the end of next season and should grace this final year unless the Formula 1 sirens sound by then. To replace Alexander Rossi, the Indianapolis team has set its sights on his young compatriot Kyle Kirkwood, currently in rookie year at AJ Foyt Enterprises. The 23-year-old Floridian will thus find the team with which he was crowned Indy Lights champion in 2021.

The questioning is based on single-seater n°29. Devlin DeFrancesco is also under contract for 2023, but the 22-year-old Canadian-Italian has not shown himself to his advantage this season, far from it. He could therefore be replaced next season. Andretti driver in Formula E, Oliver Askew could be preferred to him.

Alex Palou, at the heart of this crazy season © Indycar Media

The main topic within Chip Ganassi Racing and indeed this silly IndyCar season is obviously the situation around Alex Palou. Reminder of the facts: the CGR had initially announced that it had activated the option to extend the 2021 champion’s contract for an additional year, even quoting the Spaniard in its press release. The latter, however, denied the information the same day, ensuring that the quote did not come from him. It didn’t stop there, as McLaren Racing in turn announced they had signed the Catalan for 2023.

READ ALSO> Alex Palou transferred to McLaren Racing, but in which discipline?

So here is Alex Palou in the middle of a now legal imbroglio, since his employer has decided to file a complaint against him. The saddle of the Dallara-Honda n°10 therefore awaits its future pilot. Should Palou be cleared to race at Arrow McLaren SP in 2023, he could be replaced by Felix Rosenqvist. The Swede was however also confirmed by the British structure for an additional year… without it being specified in which discipline. The confirmation of the 2021 champion was initially supposed to send the Scandinavian to Formula E, but a decision by a federal judge against the transfer of Palou could allow him to keep his wheel in McLaren’s n°7. The situation around Rosenqvist’s contract and his availability for the 2023 season is therefore unclear and the CGR could take the opportunity to recover him.

Fortunately, the situation is clearer for the other drivers signed with Chip Ganassi Racing in 2022. Scott Dixon is indeed under contract until the end of 2023 and the winner of the Indy 500 Marcus Ericsson is committed for several seasons. However, uncertainty hangs over Jimmie Johnson’s No. 48 when it comes to sponsorship. If this is resolved, the Californian should still be on the appointment with the IRGC. He will no doubt have to juggle between his desires for NASCAR and the 24 Hours of Le Mans. 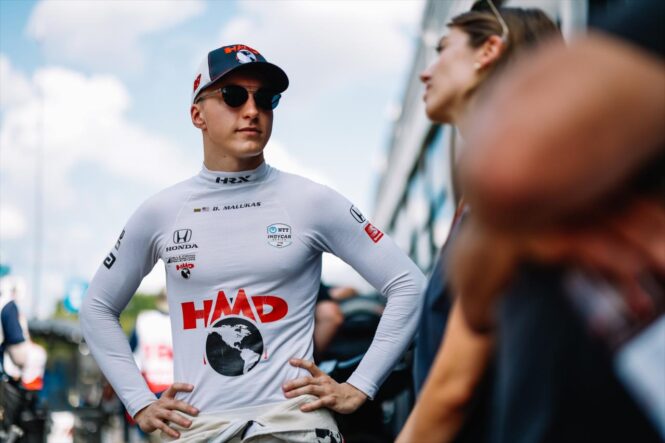 David Malukas will still be with Dale Coyne Racing in 2023 (Photo: IndyCar/Joe Skibinski)

At Dale Coyne Racing, everything is almost complete for 2023 since the two holders of 2022, David Malukas and Takuma Sato, are still under contract for one more year. The Plainfield team should therefore continue with the same duo, unless the Japanese decides to give up. There are rumors of a potential third car for Indy Lights leader Linus Lundqvist of Sweden. However, Honda does not seem ready, for the moment, to motorize new single-seaters… 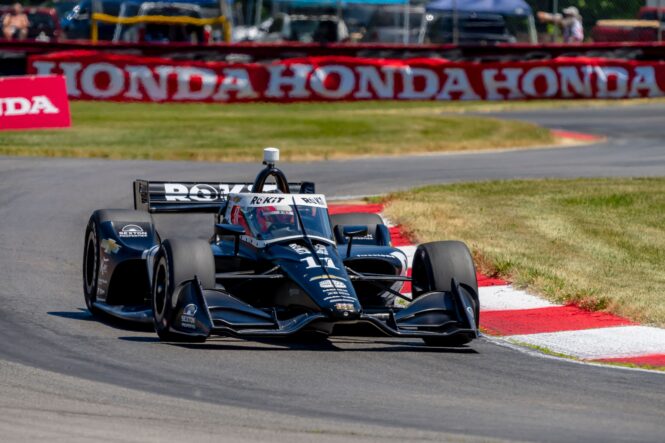 The transfer window of the Texas team will depend on its disputes with its sponsor ROKiT. Due to payment delays, the black No. 11 Dallara shared by Tatiana Calderón on road courses and JR Hildebrand on ovals has not run since the Mid-Ohio round in early July. Although the Colombian rookie recently told us of his desire to stay in IndyCar and the search for sponsors continues, seeing this car racing again in 2023 seems unlikely for the moment.

READ ALSO> Tatiana Calderón: “My priority is to return to IndyCar”

If it is not yet confirmed, the Canadian Dalton Kellett should return to No. 4 of AJ Fort Enterprises in 2023. The team will mainly have to find a replacement for Kyle Kirkwood. Benjamin Pedersen would be a logical choice. The Danish-born American youngster in Copenhagen had a test run with Juncos in June, but he was mostly immersed in the AJ Foyt Enterprises team during the season with Kirkwood, even attending some team meetings. A first race this year in n°11 has also been mentioned, but this now seems compromised. JR Hildebrand could also recover the seat of the n°14 full time. Unless an Indy Lights kid like Lunis Lunqvist gets promoted? 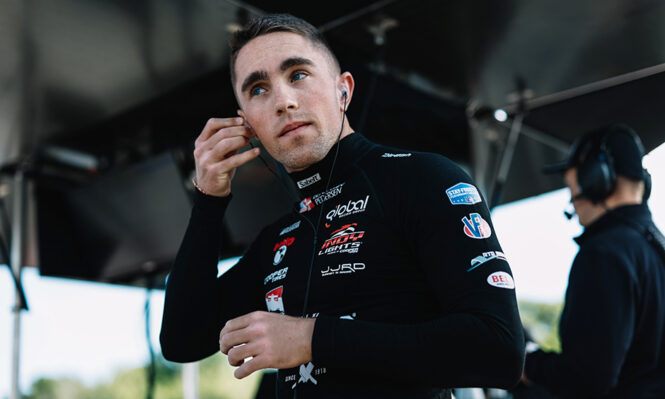 According to Indy Star, Stefan Wilson and Cusick Motorsport, the 33rd and final car entered in the 2022 Indy 500, are hoping to come full-time for next season and are even in talks with a Chevrolet-powered team. The American manufacturer limiting itself to supplying 13 single-seaters in terms of engine, the third Arrow McLaren SP already announced and a possible second bucket seat at Juncos (see below) leave only one free place on the side of Chevy in 2023, if #11 is confirmed as deleted. It is, according to the American media, a collaboration between AJ Fort Enterprises and Cusick Motorsport which could arise from this situation. 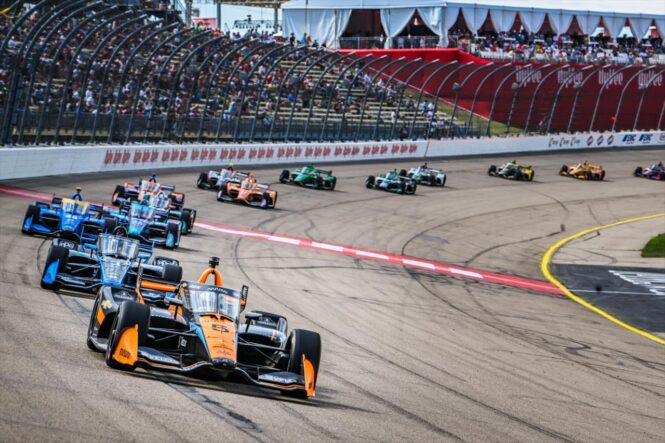 While on the side of Arrow McLaren SP, we are obviously awaiting the federal decision around Alex Palou, the result is certain. The British team will thus field a third car for newcomer Alexander Rossi, who has been engaged for several seasons. Mexican Pato O’Ward extended it until 2025. 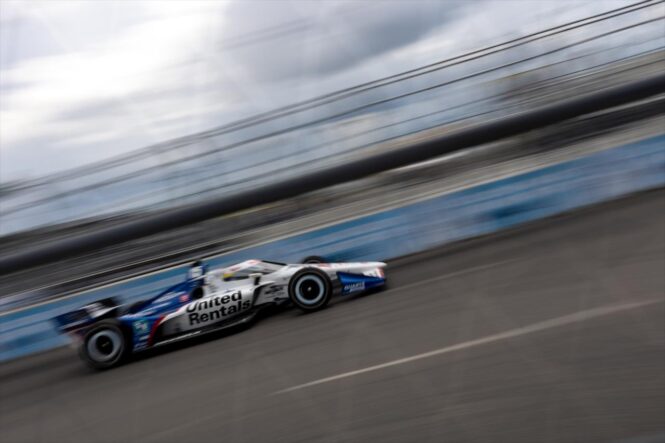 Will Graham Rahal still be on the grid in 2023 (Photo: IndyCar/Travis Hinkle)

The only rumor surrounding Bobby Rahal’s stable concerns his son Graham. Under contract until 2023, the 33-year-old driver could decide to retire and take on a new role within the team. For Christian Lundgaard and Jack Harvey, they each have a multi-year contract. 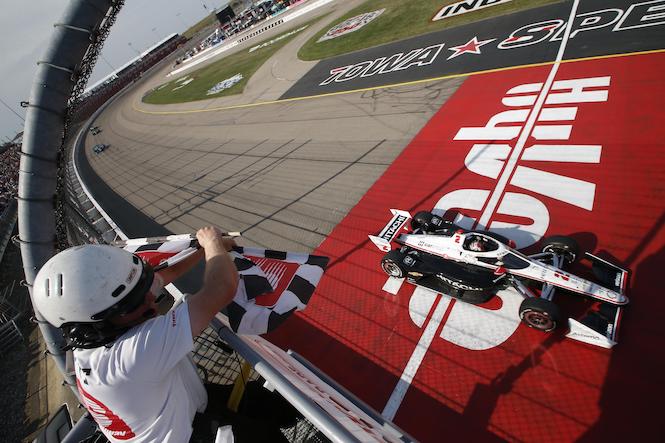 We take the same and we start again for Team Penske. Josef Newarden and Scott McLaughlin are contracted for multiple seasons and Will Power will expire at the end of fiscal 2023. 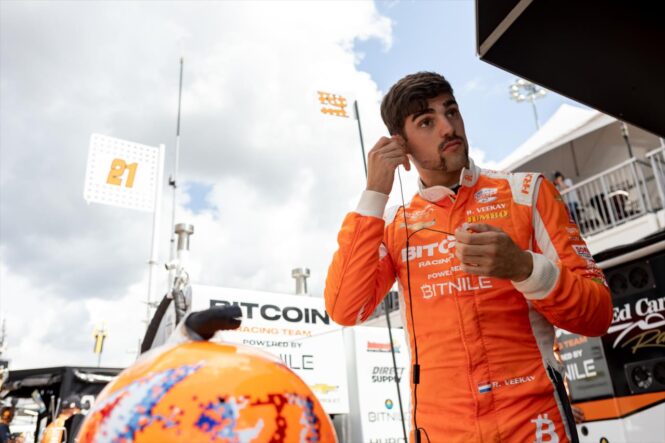 Ed Carpenter’s team recently confirmed Rinus VeeKay’s extension. The Dutchman will therefore drive his n°21 orange single-seater again in 2023 and he will be accompanied by Conor Daly on the n°20, whose contract runs for several years. Ed Carpenter should again take part in the oval events with the n°33. 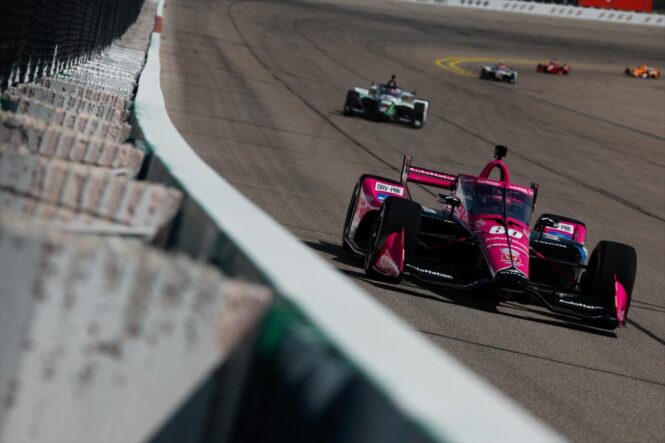 Romain Grosjean should not be the only Frenchman on the grid next year as Simon Pagenaud has signed a multi-season lease with Meyer Shank Racing. The winner of the 24 Hours of Daytona is still looking to maintain a full-time IndyCar program despite his desire to return to the 24 Hours of Le Mans and he is expected to continue to participate in several rounds of IMSA with Acura’s new LMDh. For his teammate Helio Castroneves, nothing has been confirmed, but he should keep his seat in 2023. Otherwise, Tom Blomqvist, already a resident of the MSR for endurance, could succeed him, he who will carry out a test at the end of the season. 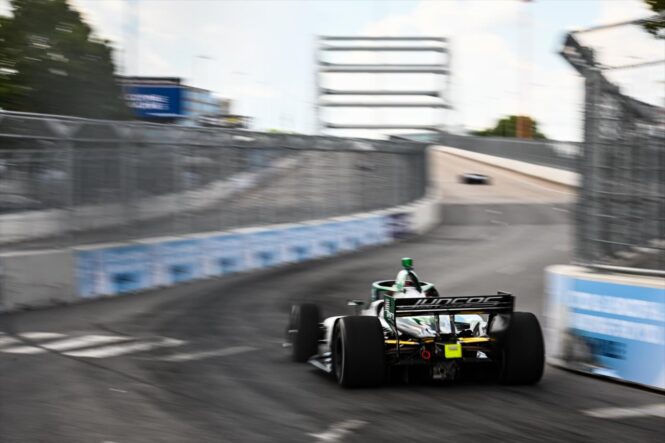 Callum Ilott will return to Juncos in 2023 (Photo: IndyCar/James Black)

Juncos recently announced the extension of Callum Ilott. With the young Briton now under contract for several years, he will be on the grid in 2023. With Ilott being the only JHR driver in 2022, it could have been a very quiet silly season for the Argentinian-American team. Obviously, it’s not that simple since Juncos is considering a second car in the field. The name of New Zealander Marcus Armstrong returns for this potential new entry, as does that of Benjamin Pedersen, even if the latter seems closer to AJ Fort Entreprises. 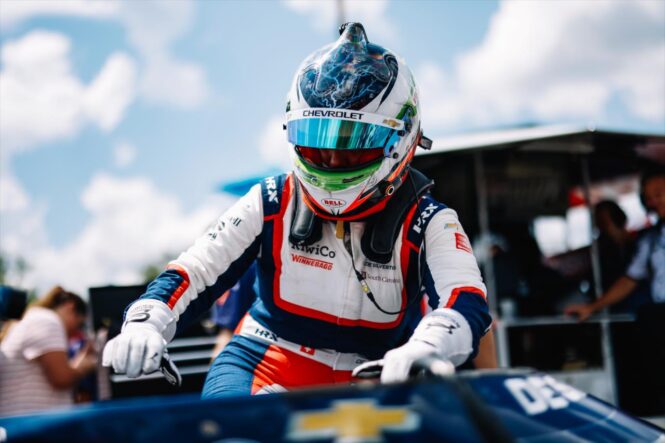 Paretta Autosport wants to return to IndyCar in 2023 with its driver Simona de Silvestro. If the Swiss hopes to compete next season, she could be satisfied, like this year, with a partial program by sharing the car n°33 of Ed Carpenter Racing. Laguna Seca has just been added to its 2022 program.