Cassidy, who finished third in Saturday’s race after Nyck de Vries received a late penalty, posted a 1m12.933s to lead the session – which withstood a late effort from da Costa that offered a glimmer of hope at DS Techeetah as the French manufacturer has struggled so far in London.

Mahindra’s Oliver Rowland was the first to bring times back under the 1m20 mark, as the riders seriously shook off the morning cobwebs, but that preceded a flurry of pushing laps that ensured the timing charts looked like at a slot machine.

The slots eventually landed on 17th place, as de Vries – whose third place in Saturday’s race became sixth after his five-second penalty – surged to the top within the opening 10 minutes.

But de Vries was briefly dropped from the top spot, as Jake Dennis – who had dominated Saturday’s proceedings – eclipsed the Dutchman by a tenth and a half.

Nonetheless, de Vries fought back, breaking under the 1m14s mark with a 1m13.925s – and was quickly followed by teammate Stoffel Vandoorne, who moved into second place.

But just before halfway through the session, Edoardo Mortara fired his Mercedes-powered Venturi first, clocking 1m13.140s on 250kW of power.

The Swiss driver felt after Saturday’s failure that his points deficit to Vandoorne “is starting to be too big to think about the championships”, but showed improved form on Sunday morning.

His Venturi team-mate Lucas di Grassi took second place behind him, having had to recover in the peloton yesterday as his qualifying laps were scrapped for obstruction.

Dennis then came back to the top, shading Mortara by half a tenth. At the start of the final 10 minutes, Mortara went into a half spin at turn 9 and made contact with Jean-Eric Vergne, but luckily it looked like neither had suffered much damage.

Pascal Wehrlein then moved up to second to hint at improved pace for Porsche, but Sergio Sette Camara then captured top spot with 0.062s over Dennis – albeit briefly as Robin Frijns passed the Brazilian by 0.004s.

Cassidy then made it a 1-2 Envision, dipping under 1m13s with a 1m12.933s – the Kiwi taking advantage of de Vries’ time penalty yesterday as the FIA ​​believed the Mercedes driver had snuck into the zone of corner braking 1.

Frijns therefore finished the day in third place, with Sette Camara fourth as he hopes to salvage points for the Dragon Penske team after failing in Saturday’s race. 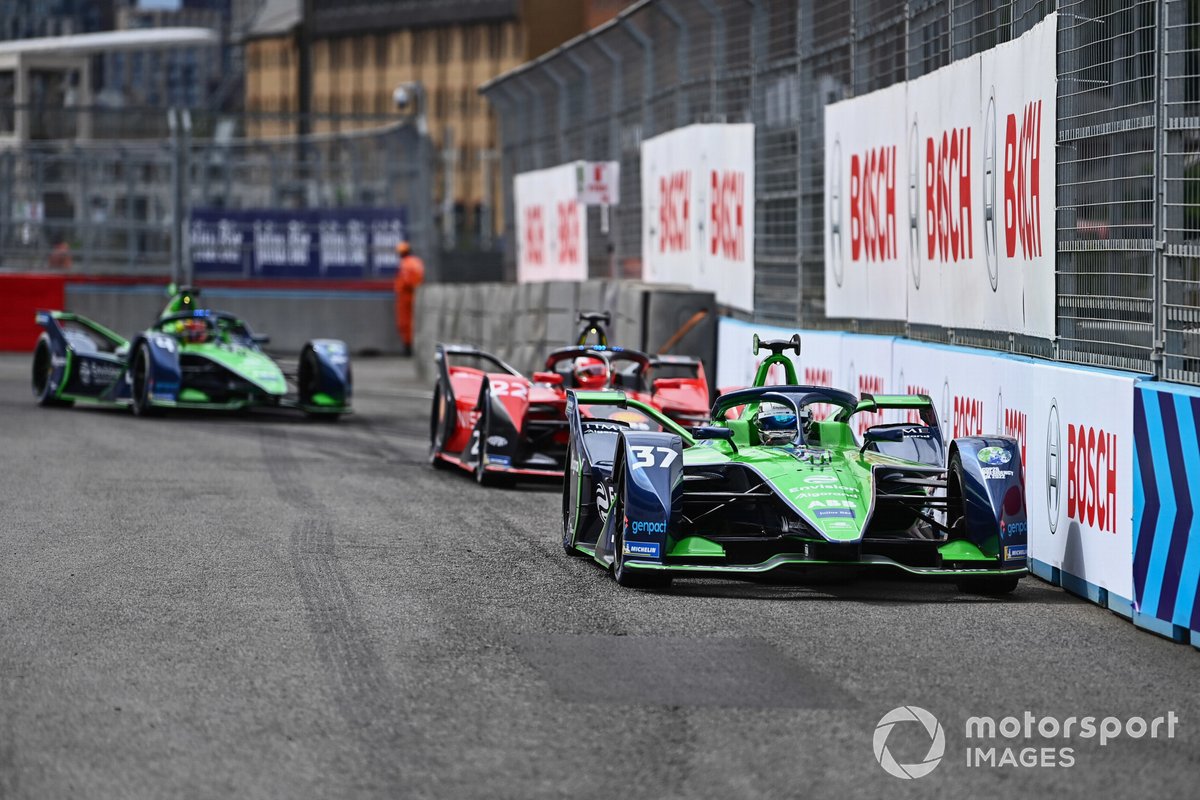 Sette Camara was investigated for overpowering in the session, and Dragon had system issues in the first race, which prevented the team from seeing how much power each rider was consuming. .

Dennis finished fifth, a day after leading every session, with Wehrlein sixth ahead of Vandoorne.

Mortara eventually finished the session in eighth place, hitting the wall again near the end of the chicane time, with Rowland and di Grassi completing the top 10.